A couple of weeks ago, I decided to start purging my stuff, you know, simplifying and down-sizing.  It’s what us baby boomers are doing now.  Most of us just have too much stuff. But I did not start purging random stuff like books or clothes; I started to purge my musical equipment.

You see, I used to play in a band, actually a few bands.  All cover bands.  Boy was it fun, nothing like it actually.  I started my first band at the tender age of 13, with my best friend Jim, who is still my best friend by the way.  We used to rehearse in the basement of the Lady of the Lake church and my dad swore he could hear us 1/4 mile away at King’s Corner to our continued delight.  I played in college and then again when my kids were young and finally quit the last band about 2 years ago; an acoustic ensemble I did with my daughter and occasionally another musician or two.  We did not need a lot of equipment for this last band, however, I kept much of the gear I used in a few previous bands.

Amps and guitars, like mixing boards and microphones are not like old exercise equipment or lawn furniture.  Musical equipment is special, even when its old, at least to me it is.  That’s because it’s used for music-making, and music-making is a pretty special something, no matter the venue, the kind of music, the age of the performers or the number of audience members. 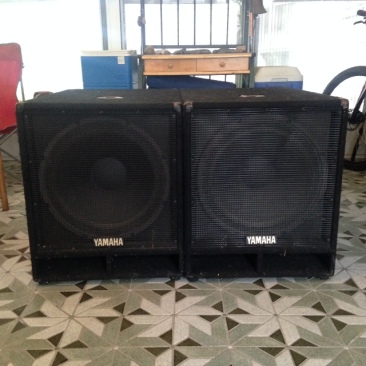 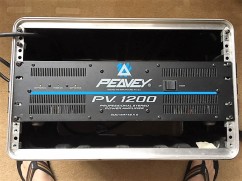 So, I sold the items above in the last couple weeks.  The sub-woofers and power-amp were used to power the kick drum and bass guitar, to add that thump in the chest when we played R&B songs like Mustang Sally or dance songs like Love Shack.  The mixing board was used to run the vocal mikes for multi-part harmonies and all the instruments.  I sold other stuff too, PA speakers and stands, a Marshall guitar amp and another power-amp.  I gave away speaker cables and guitar cords.

As I parted ways with this wonderful stuff and helped load it into the cars of random strangers and one non-so-random but cool high-school friend named Rich, who is still in the music business, I grew melancholy.  Not sad but very much aware of the poignancy of the exchange: the high hopes and excitement of the buyers countered by my own sentimental thoughts, of how the years have come and gone like the gigs and songs of my youth.

I still have a few guitars left as well as a microphone or two but I won’t be parting with them anytime soon.  I am thinking (and hoping) there may be a few more gigs to play and songs left to sing, before this guitarist sings the blues for the last time. 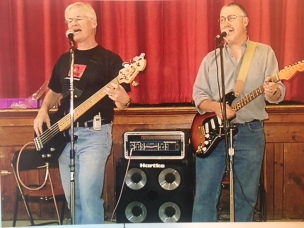